Soak up a little Scandinavian minimalism in Denmark, Sweden, Norway and Finland. It’s fair to say, Scandinavia is having a moment. Perhaps several moments. With cutting edge minimalist design, five-star fusion cuisine, long life expectancy and a social system that runs like Danish clockwork, it seems every cafe, furniture store and political system on the planet can learn a thing or two from Europe’s latest hotspot. This is your chance to see it up close. From the inky Fjordlands of Norway’s coastline to the fish markets of Copenhagen, along with a few obscure gems like Bergen, Lillehammer and the Swedish Lakes District. And like any well-plotted Danish drama, there’ll be a few surprises along the way. 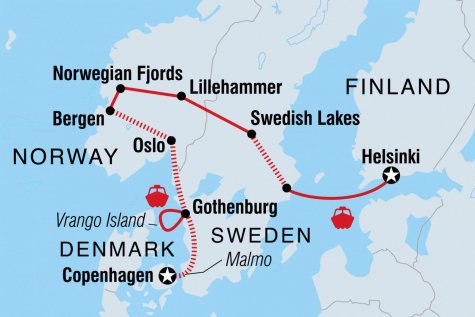