Experience the seaside charm of Dubrovnik and ancient culture of Athens. This adventure combines the must-sees of the Balkan region and the lesser-known glories of Macedonia and Albania to create the perfect balance between old and new. Hang out in Dubrovnik's Old Town, cruise around Lake Ohrid, climb Mt Olympus, the seat of the Gods, and sample some moussaka in Greece's capital. This whirlwind adventure through the Balkans is the best way to check out regional hot spots while also experiencing a hefty dollop of cultural hospitality. 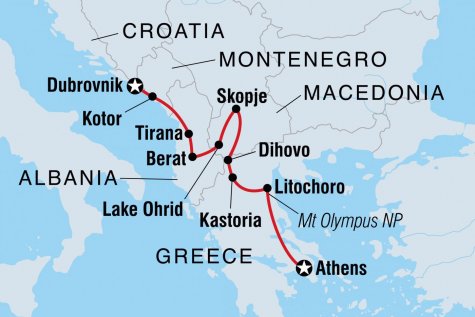