Discover colourful Casablanca, Rabat , Fes, Chefchaouen and Marrakech. Immerse yourself in the exotic colours and cultures that define Morocco. From the imperial cities of Meknes and Rabat to the whitewashed town of Chefchaouen, the rich history and traditions of this ancient land await. Discover the medieval city of Fes, explore the spice markets of Marrakech and travel to the Roman ruins of Volubilis - this northbound tour lets you soak up the extravagant sights and revel in the hidden delights. 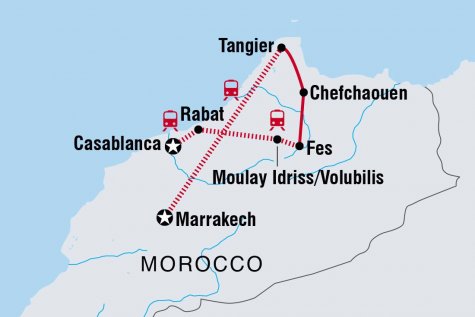