Discover the rich history of Turkey on this family holiday in and around Fethiye. Explore the stunning scenery of Turkey on this trip that the whole family will love. Wander around ancient ruins in Fethiye, Xanthos and Letoon, learn about the history of Fethiye and the Lycian people, take it easy on the beach at Butterfly Valley and take to the ocean aboard a private gulet – searching for the perfect cove for swimming. Dine on traditional Turkish food like borek, baklava, pide and balik and enjoy all of the delights that Turkey has to offer. 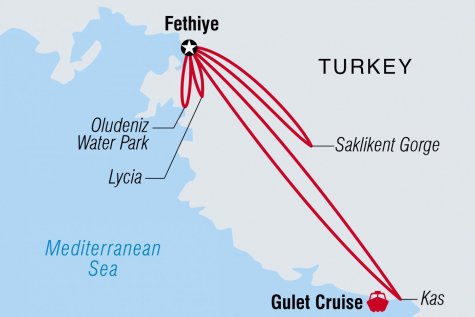