Tour Central Europe on an adventure from Vienna to Dubrovnik. Travel from Vienna to Dubrovnik on a tour through Austria, the Czech Republic, Poland, Slovakia, Hungary, Serbia, Bosnia-Herzegovina, Montenegro and Croatia. Discover a region where the past continues to weave its spell through alpine towns and green valleys, and emanates from medieval castles and austere monasteries - getting a sense of the hidden magic of Central Europe. Traversing nine countries, there is much to see and plenty of opportunity to experience the culture and the people of this enchanting pocket of Europe. Better yet, there's loads of flexibility for you to do it your own way. 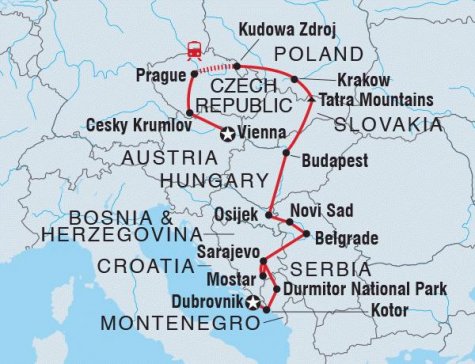